Ride of Silence in Antioch 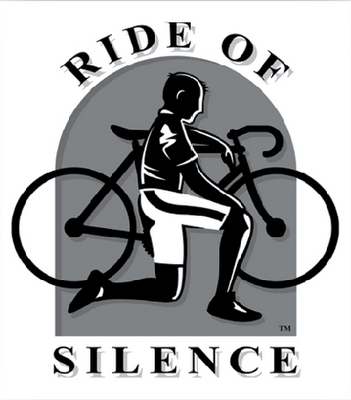 I missed the Ride of Silence last year and didn't want to again. But there isn't one anywhere near Antioch. So I'm rolling my own. I've asked local the cycling club Delta Pedalers to join me, as well as the East Bay Bicycle Coalition. You might join me too. We'll silently ride eight miles or so at less than 12 mph.

We all know someone who's been injured or killed while cycling on public roadways. This ride is for:If you can't join me in Antioch, at least think about finding a ride closer to home. They're listed on rideofsilence.org

Posted by Curtis Corlew at 8:57 PM

Email ThisBlogThis!Share to TwitterShare to FacebookShare to Pinterest
Labels: Ride of Silence