On my bike commute home from work the lights at the James Donlon soccer fields often seem almost mystic. I've wanted to photograph them for a long time and I finally got off my butt and did it. I was a bit later than I wanted to be (I'd have liked more ambient light) but I'm still almost pleased with the results.

Posted by Curtis Corlew at 7:31 PM No comments:

Foxy's Fall Century by the Davis CA bike club is one of Tricia's favorites. Last year fires forced them to alter the route, and we on did the 100K ride. This year we took on the full 100 miler.

The route was different than it has been. I liked it a lot. It was still beautiful, but the front loaded the climbing. There's a lot of flat, so even though it's only 3,471 feet of climbing, it came in short sections.

We had perfect weather and not one issue. Thanks Davis support crew!

We were beat at the end, but still went to a concert in Auburn to see Chuck Prophet, who was wonderful. 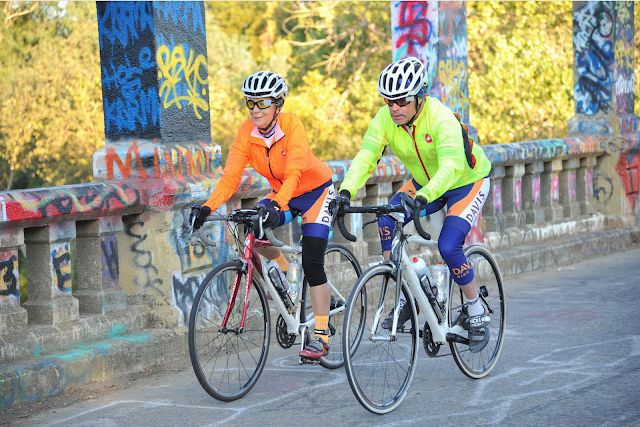 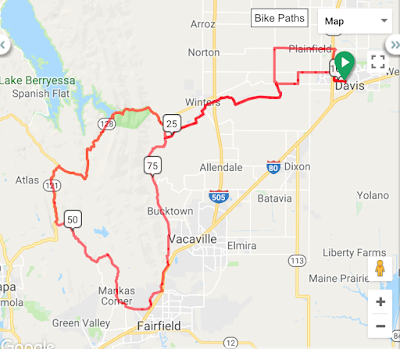 Posted by Curtis Corlew at 8:02 PM No comments:

Just so my millions of loyal readers don't think I've lost my love for them, here's a photo of my daily bike commute, and a movie as well. 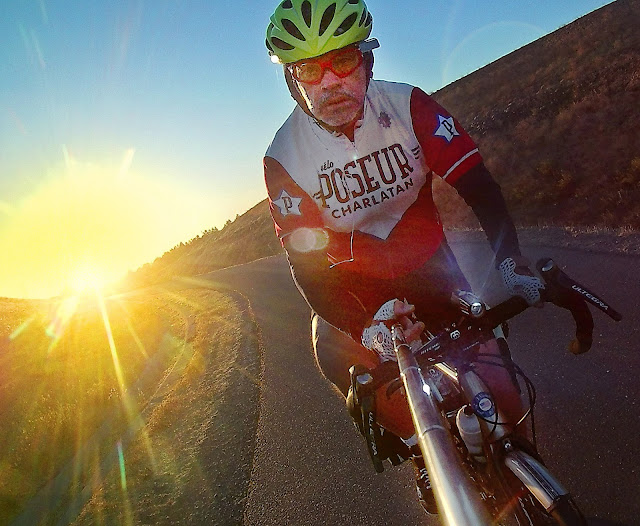 Posted by Curtis Corlew at 6:16 PM No comments: