Riding around Tahoe with @lanceoldstrong was a blast. Perfect weather, great views. Fun hills.
A post shared by curtis corlew (@cccorlew) on Aug 14, 2019 at 7:31am PDT

I've always wanted to ride around Lake Tahoe. But I waned to do if off peak tourist season and mid-week to avoid as much auto traffic as possible as possible. With my school starting the semester later this I finally got a chance. I invited old friend Dan aka Lance Oldstrong to ride with me because fun is better shared.

We drove up on a Monday, stayed neat the "Y" in South Lake Tahoe and started our clockwise loop early enough to miss heavy traffic over the first climb between the stunning Fallen Leaf Lake and Emerald Bay. I've driven it, and it's terrifying. You feel like you're on a knife edge, ready to plunge off the road on either side. It's not so bad on a bike.

Though there's traffic along the North Shore it isn't horrible and I always felt like I had room to ride.


Dan aka @lanceoldstrong and I circumnavigated Lake Tahoe and got to ride the wonderful new path and bridges at Sand Harbor. A good time was had by all.
A post shared by curtis corlew (@cccorlew) on Aug 13, 2019 at 4:22pm PDT

I was thrilled with the new bike path near Sand Harbor. That part of the road has been a dangerous very dangerous for cyclists. Now it's a delight, with smooth riding, no cars and stunning views.

I was enjoying myself right up until we got to Highway 50 to return to South Shore. I'm glad we picked a low traffic day, because there is either almost no room for cyclists or really no room for cyclists along that busy section. I was very concerned. Thankfully the drivers were kind, with many changing lanes to give us more room. But had I known how little space there was I might not have started this ride.

In the end, we made it back with not even a close call. But still...


I was gifted this Australian Laterne Rouge club jersey when I was in (no kangaroos) Austria. I wanted to wear it somewhere worthy, so here it is at a ride around Lake Tahoe.
A post shared by curtis corlew (@cccorlew) on Aug 14, 2019 at 7:35am PDT

Posted by Curtis Corlew at 4:43 PM No comments: 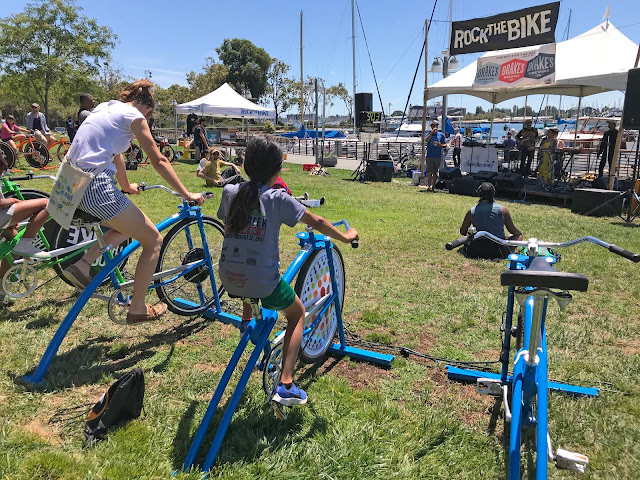 Posted by Curtis Corlew at 8:01 PM No comments: