OK, it's California. So it's not cold like in the winter other places in the country. Still, it's cold enough to break out the tights, headgear and gloves. And there's no reason to add ice to your water bottle. Tricia does not believe this.

I really can't explain why Tricia feels the need to add ice to her water bottle when we're on a freezing bike ride. #crazybiketchick @4tcakes2
A photo posted by curtis corlew (@cccorlew) on Nov 29, 2015 at 3:00pm PST

Bonus photo that doesn't fit the theme of this post: There's a new bridge that connects from the Marsh Creek Trail to a small park in Oakley. And the his is my bike leaning on it.
A photo posted by curtis corlew (@cccorlew) on Nov 29, 2015 at 3:02pm PST

Posted by Curtis Corlew at 3:35 PM No comments:

Why are these signs here? They don't make my life safer or more easy. JeezelPete. Why not just a sign that says "Don't actually try to use this trial. Get a car. We hate you."

Not that I'm bitter or anything.

NOTE: I got an email form a Delta Peddalers Cycling Club member that kind of explains it:

Several years ago I remember that the trail crossing at Cypress was built and included the, now turned off, crossing signals. The signals were only on for a couple of weeks and then turned off permanently. My understanding is that they were turned off because someone feared that when the trail users activated the signal traffic was backed up across the railroad tracks, trapping vehicles on the tracks when a train came along. It looks to me like there was a major lack of planning at that time and an even worse remedy the situation now. I would think that if citizens that live in Oakley would complain to the City Council something might get done. I doubt if very many people using the trail adhere to the signs saying to go to the crossing at Main Street.
Posted by Curtis Corlew at 7:00 PM 2 comments: 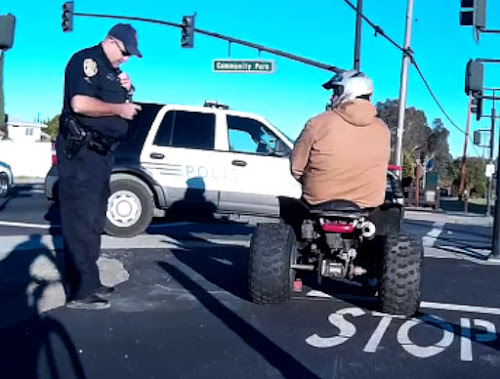 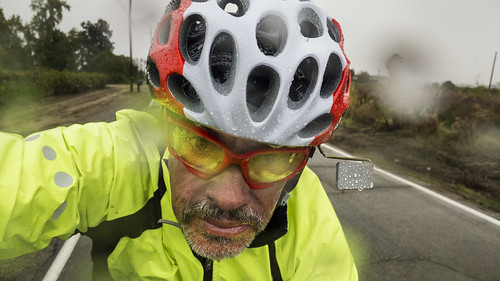 This year's Giro di Vino was wet. Not too wet, but wet. At least near the end. We knew we were rolling the dice when we left for Lodi on Sunday morning. The weather reports called for rain, but it was unclear about when it would arrive.  We thought we'd get an early start because who doesn't enjoy wine for breakfast, and who doesn't enjoy starting a ride at 39 degrees?  We started early enough the first winery we rode to hadn't opened yet. We were early arrivers at the second where we found a few other cyclists huddled around the fireplace. 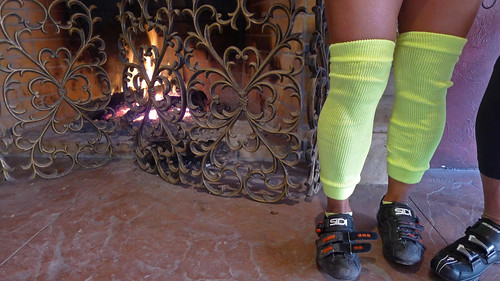 One thing about cyclists, we all think we look better than we really do in our cycling outfits. Some of us rock the helmet, gloves and shades even when tasting fine Lodi wines. 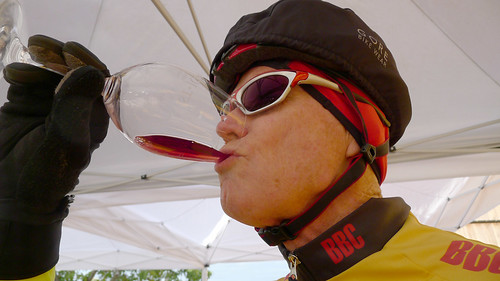 At Oak Farm Vineyards I harassed Tricia by FaceBook posting a photo of her with her wine breakfast. 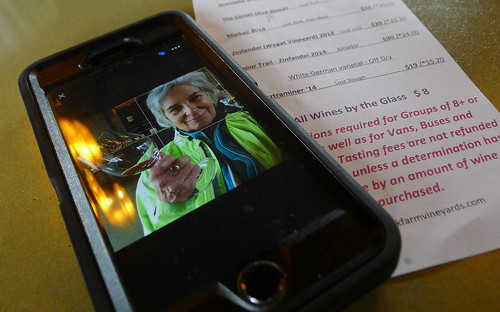 Tricia was much classier and photographed her bike by the outdoor fire. 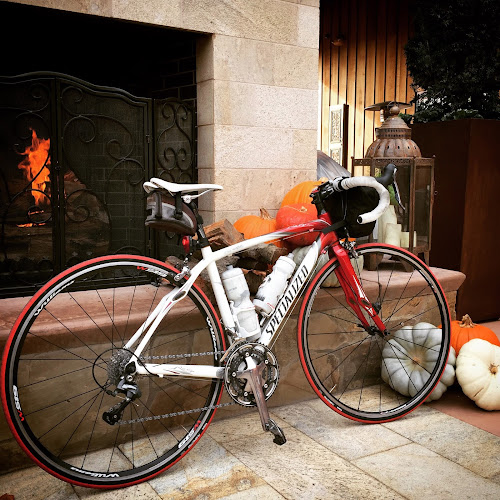 I also made a photo to contribute to the Facebook group "Look At My Bike Leaning Against Stuff." That giant bag is a Revelate Designs Pika Seat Bag. It unfolds even farther to hold more. I'm going to use it on tour this summer and thought I'd test it on this ride. It works, and held my rain jacket and pants with lots of room left over. 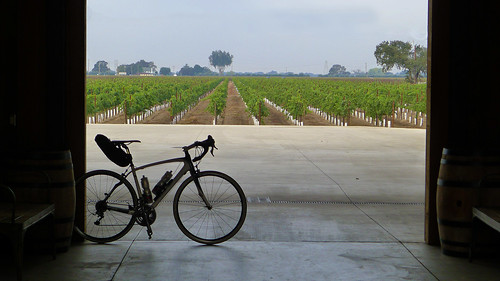 Ripkin winery had their pet running about. I understand they are smarter than dogs, but, well, still... 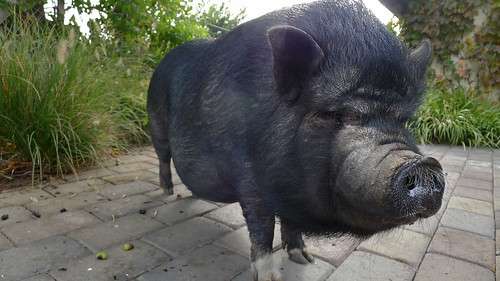 We carried along under threatening skies for many miles. 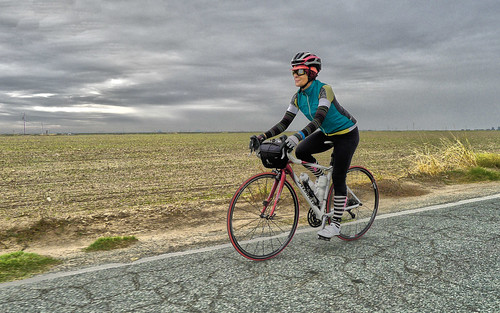 At the rides end Tricia was amused/annoyed/alarmed/appalled to find this sign. She posted it with the note: "I hate it when there's a liquor license on the loose! #englishteacher #wrongword " 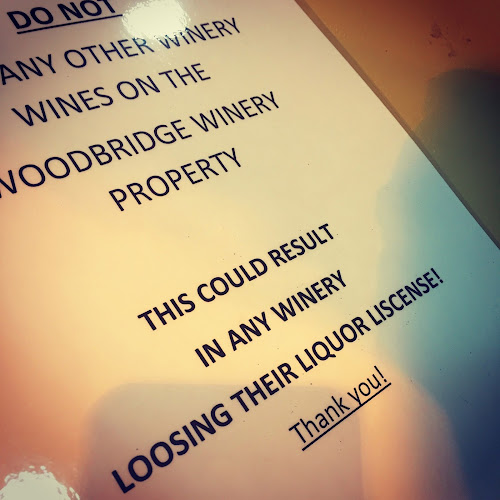 It's gotta be the shoes

I've been using the same clunky but sturdy Shimano shoes to commute in for many years. I saw Giro Grynd Cycling Shoes on sale — and in my size — online and bought them. They have recessed SPD cleats that don't click on the floor, and the look almost like regular shoes. I think I'll like having an alternate pair to wear.

Who doesn't love new shoes? These are Giro commuter shoes that have recessed SPD cleats. I think I'll be able to wear them all day. #cyclingshoe #giro #bikecommute
A photo posted by curtis corlew (@cccorlew) on Nov 3, 2015 at 8:14am PST

Posted by Curtis Corlew at 11:57 AM No comments: 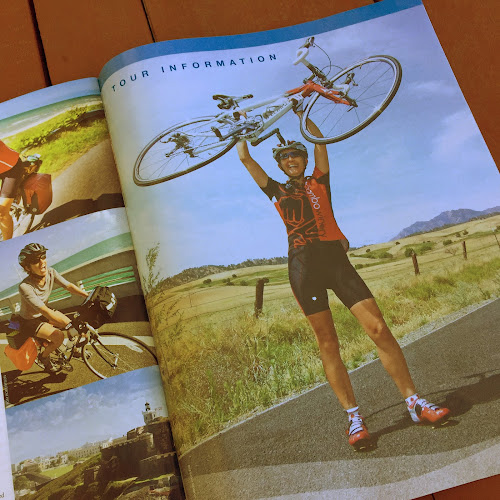 The 2016 Adventure Cycling catalog has a full page photo of Tricia! We really love these folks, who are cycling advocates as well as wonderful tour operators. We've been on six of their tours and plan to do more. Plus, they often display excellent taste in photography.

In unrelated news, I check in on the Facebook group "Look At My Bike Leaning Against Stuff" and occasionally post. Here's one of my contributions. Really, it isn't my bike, or even my beer.It's daughter Erin's. 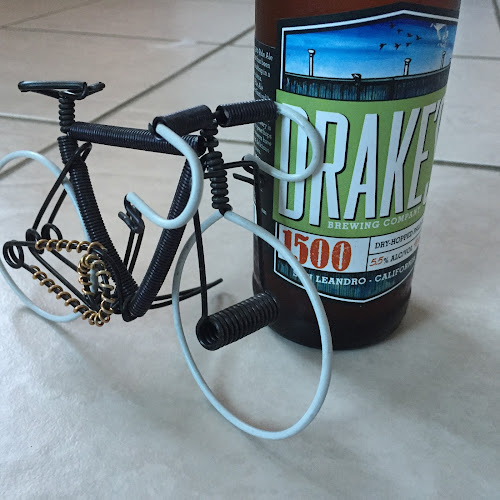 One more. Because I think the dryer is too hard on bike clothes we line dry all our bike stuff. Today I was at it as the sun came up.

Posted by Curtis Corlew at 8:54 AM No comments: