Usually I ride the bike. Today I'm taking them for a ride. Tahoe here we come. I'm calling it elevation training.
A post shared by curtis corlew (@cccorlew) on May 27, 2017 at 4:34pm PDT


I asked Tricia to stop riding so I could make this photo along the Truckee River . Really I was just tired. Don't tell her.
A post shared by curtis corlew (@cccorlew) on May 27, 2017 at 4:22pm PDT


We got back from our Tahoe bike ride to ride bikes in Antioch.

Evening ride with Tricia on #empiremineroad
A post shared by curtis corlew (@cccorlew) on May 29, 2017 at 7:11pm PDT

Posted by Curtis Corlew at 7:36 PM No comments: 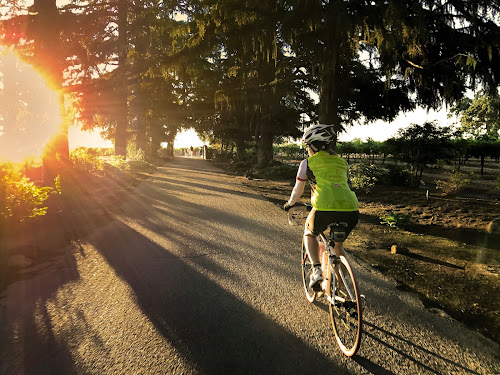 With our summer bike tour quickly approaching and with Tricia's wrist still in titanium-plated healing mode, she figured the best thing to do was sign us up for a century. So she did. She's not crazy. She had a plan: Instead of riding the flat metric they offer, ride the century route that included some climbing around Lake Comanche and Pardee Reservoir, then cut off the last 20 boring flat miles. So we did.

We hadn't planned on the ninety degree plus weather we got, but we started early and finished just as we started to really bake. We might not have felt as hot if it hadn't been the first hot riding day we'd had this season.

Tricia's wrist hurt, but she toughed it out. Neither of us are prone to foot issues, but for some reason — maybe lack of hot weather practice — we both got uncomfortable feet. 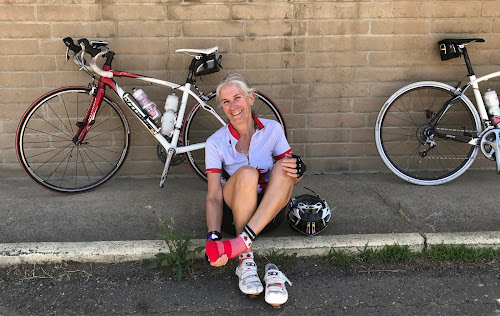 Tricia, who wore her "And yet she persisted" jersey, was tickled to see a "Persevere" street sign. 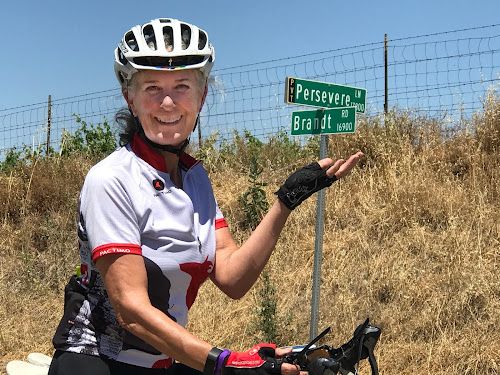 After the ride we were beat, so we stopped for some medicinal processed grape extract at McCay Cellars. 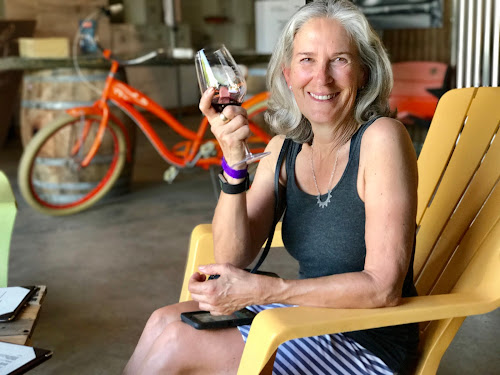 Posted by Curtis Corlew at 8:18 AM No comments: 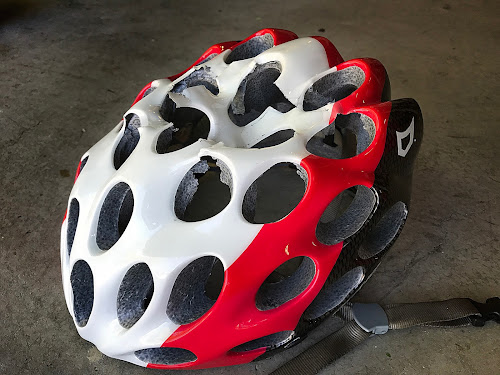 I DID NOT CRASH.

Don't worry, this is an old helmet I'd kept for no good reason. It had a crack in the inside styrofoam (or whatever it is) liner. I think I was from when I was mugged. I'd kept it, but that's silly. It was time to have it gone.

I'd read that one should cut the straps so no one will find it in the trash and use it. I did that. Then just to see what would happen, I decided to hit it with a hammer and find out how tough helmets really are.

They're tough. This took a handful of full on total leverage serious swings. The first couple just bounced off. I had to really try to inflict this much damage.

I know that helmets are designed to decelerate your head so your brain isn't jarred, and that stopping hammer blows and the like isn't their primary purpose. But still, it was nice to discover  that they do a good job doing so.

Goodbye Catlike!
Posted by Curtis Corlew at 6:45 PM No comments: 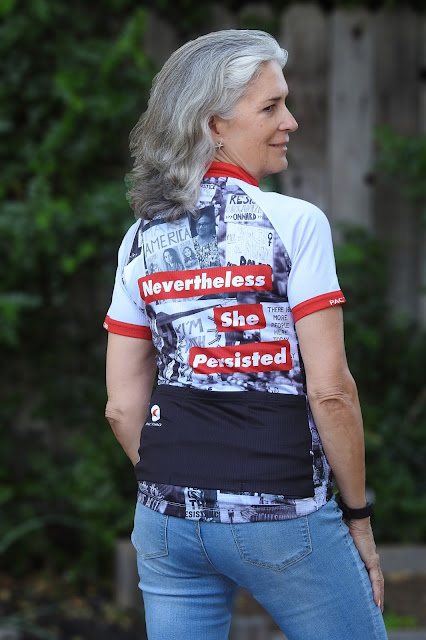 Tricia has been working so hard to get full use of her broken wrist back. She used hot and cold baths, exercise putty, and a slew of other exercises. She just keeps at it, and she's getting better, even though she's frustrated at the speed of her recovery.

I figured what's the point of all this suffering without some sort of reward or acknowledgment? When I saw Savvy Bike offering tis jersey I new she had to have it. Because she persists.
Posted by Curtis Corlew at 11:59 AM 1 comment: 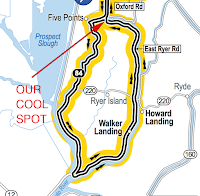 When Rich, and old friend, messaged his plan to ride out to Ryer Island in the California Delta to watch the Tour of California pass by not one, but three times, Tricia quickly replied "IN!"

On a beautiful California Day we met at Clarksburg and rode a leisurely 15 miles to the bridge he'd picked. We waited by the bridge until the cycling gods came past, ever so fast and ever so effortlessly. First the four-man break, than two minutes later, the peloton. Then another lap, then a turn to leave the island. What a blast.

Sure, standing by the roadside sounds boring, but with good company and bikes to drool on it's pretty cool. Really. I even managed to shoot video as they went by so many times. 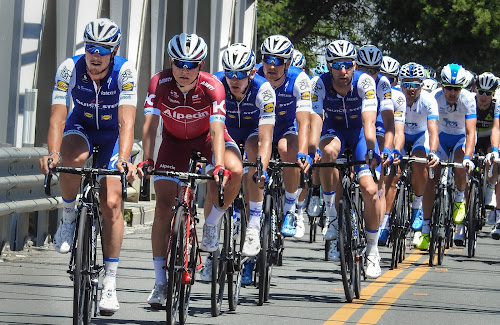 Crossing the bridge onto Ryer Island 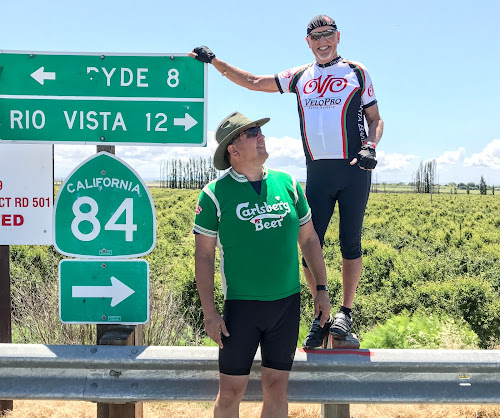 Our leader, Rich, in the green jersey


A short clip of the second lap

Tricia shot this video of the peloton leaving the island
Posted by Curtis Corlew at 10:02 AM No comments:

#biketoworkday #youcanbikethere commute in #antioch where even kids bikes are stolen and abandoned.
A post shared by curtis corlew (@cccorlew) on May 11, 2017 at 7:29am PDT

Bike to work day for me is pretty much like every other day, except I get a free bag from the nice folks at YouCanBikeThere and Bike East Bay. But the commute still has the same amount of weird stuff and odd people. Oh well.
Posted by Curtis Corlew at 9:15 AM No comments: