Tricia commutes in the fog

Fog, with Monkeylights. In the dark. And it's cold. And dark. Really dark.
Posted by Curtis Corlew at 5:30 PM No comments:

Hey guys, let's get the band back together 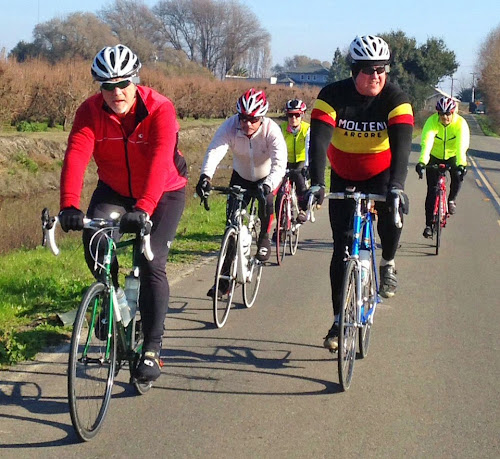 With only the most minimal prompting from Richard, we put the band back together for a friendly slow poke ride through the Delta. The ride, due the excessive amount of climbing, (more than a stunning 300 feet for over 50 miles) included a lunch stop at Giusti's Place in Walnut Grove.

Tricia and I left Antioch with the thermometer at 34. It warmed up a bit by our 10AM launch from Brannon Island State Park, but never really got warm all day. That was fine as we just rode at a leisurely pace, chatted, complained about Dan's choice of a washboard gravel road, and stopped to admire the amazing flock of cranes honking and flying over the waterways.

Just because there was minimal climbing (actually none) doesn't mean there were no KOMs. We all got Strava yearly cups on the ferry across the river. Yep, some prankster actually made the 100 yard ferry ride a segment.

I've ridden over the Rio Vista Bridge several times and failed to love it. Steve pointed out there is actually a nearly-hidden narrow bike/ped path with a darn near secret entrance under the bridge. I felt a lot safer there, not having to pray cars wouldn't roll up and over me in the lanes. 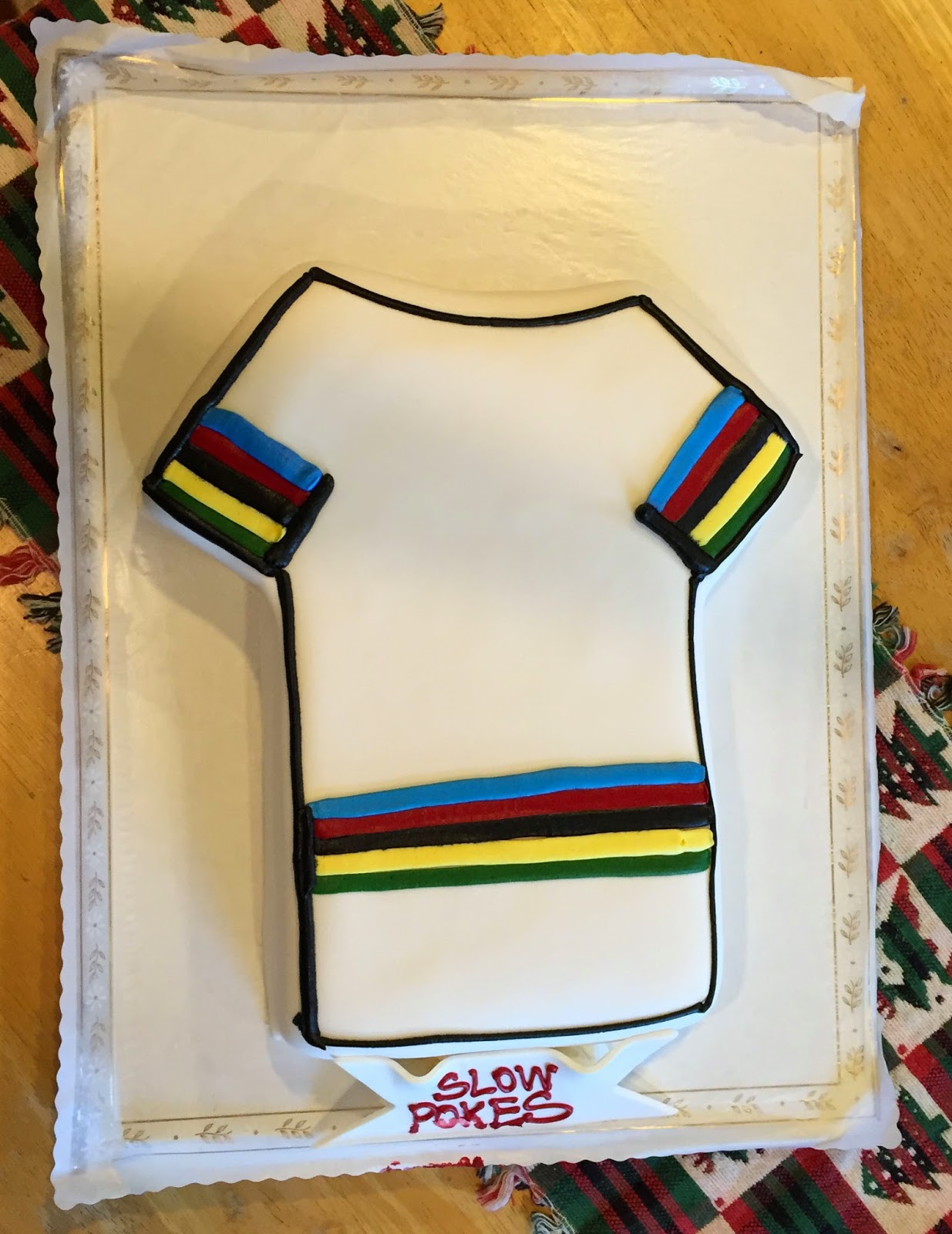 A new member sat in with the band, standing in for John perhaps, to keep the music metaphor going. David joined us, and survived our bad humor and attempts to politically re-educate him.

The after ride gathering at our house featured even more food. Yep, it was a 50 mile weight gain ride. Mark brought some amazing cheese and paté with olives to share. Riders' families dropped in and we ate the special (and stunning) Slow Pokes World Championship Jersey cake Dan had created by the amazing Alpine Pastery and Cake of Concord

All in all it was a very civilized, non-epic 50 miles.

(Thanks Steve, for making the photos after I'd cleverly left my iPhone in the car.)