I'm not much of a mechanic. I can change tires, patch flats, put on cassettes, put on a new chain, but beyond that most bike maintenance is over my head.
I have a set of 650B wheels and a set of 700C wheels. I recently purchased new derailer to handle a larger that I had installed at a bike shop. I had hoped to be able to swap the wheels back-and-forth painlessly. Alas, when I had the derailer adjusted for the 650B wheels the 700C wheels shifted really badly. They wouldn't go into the highest or lowest sprockets..
I figured it was due to a variation in the hubs or cassettes and that I would have to adjust the cable and put a spacer behind one of the cassettes, and generally do things that would be way over my head.
I avoided it for as long as I could. With great reluctance I decided today would be the day would work on making both wheels shift equally well. I was not expecting a good outcome.
But when I got the bike on the stand I realized the shifter cable tension was just fine. I thought perhaps the derailer limiter needed to be adjusted; perhaps that's what was stopping me from shifting to the largest and smallest sprockets.
Three quarters of a turn later on the high end and half a turn on the low end of the limiter screws and my 700C wheels now shift perfectly. It was so easy I am still expecting to discover something horrible. But right now I'm happy guy with a well-shifting bike trip
Posted by Curtis Corlew at 5:05 PM No comments: 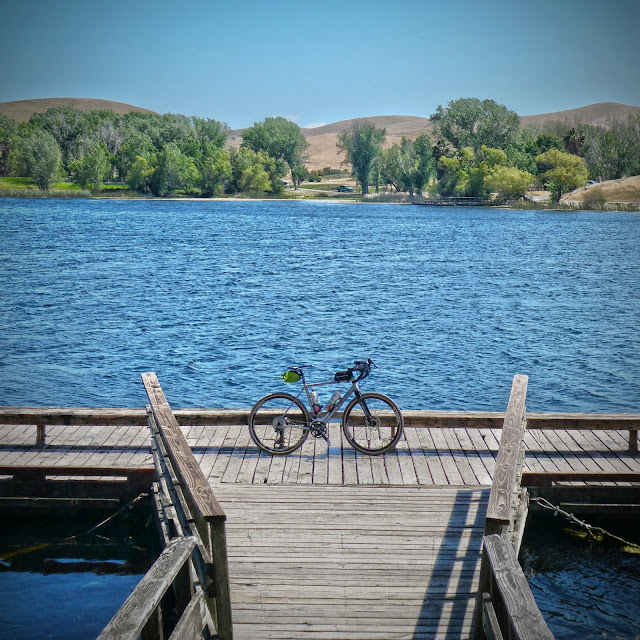 It's been so windy here I've been taking the slower weightier gravel bike out to ride around our local reservoir, Contra Loma. I don't feel bad about going slow, stopping for photos and just doing the cycling equivalent of a stroll when I'm on it. Plus, Contra Loma is rather pretty at times.
Posted by Curtis Corlew at 5:36 PM No comments:

I suck at gravel

Please help me suck less.
Posted by Curtis Corlew at 2:43 PM No comments:

The beauty of West Sacramento knows no bounds. Nestled between train tracks and graffiti laden walls lies some of the chunkiest gravel you could ever wish for, if you were wishing for sharp chinky gravel.
My Sacramento-dwelling friend Kellie got a new Liv bicycle, so I drove up to ride levee you roads with her. She picked out a ride that starts from the Bike Dog brewery, a good call, because it also ended there.
I rode my new 32 mm Stampede Pass Rene Herse tires. A lot of the gravel was a good deal more gravelesque than I expected and I found myself wishing I'd used my 650B wheels with much larger tires. 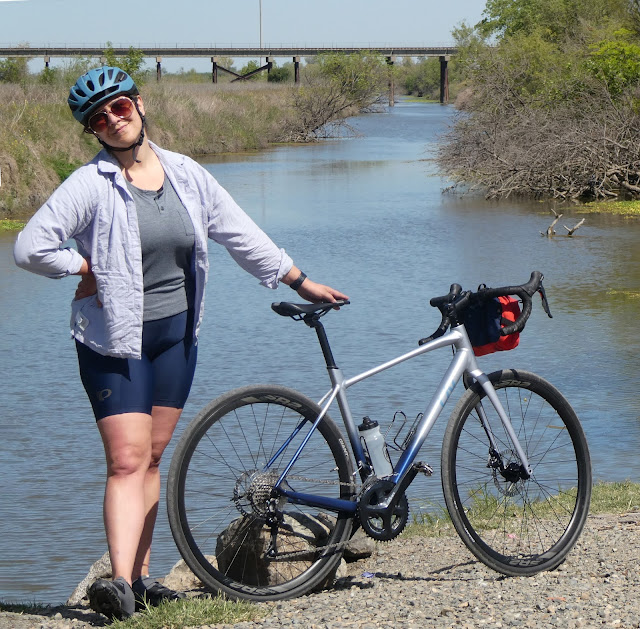 This short ride took a lot longer and was a lot more work that a similar ride on pavement. Even with pretty much zero climbing it took 2:45 to complete.  But in the end, there was beer, and Kellie like her new Liv just fine. 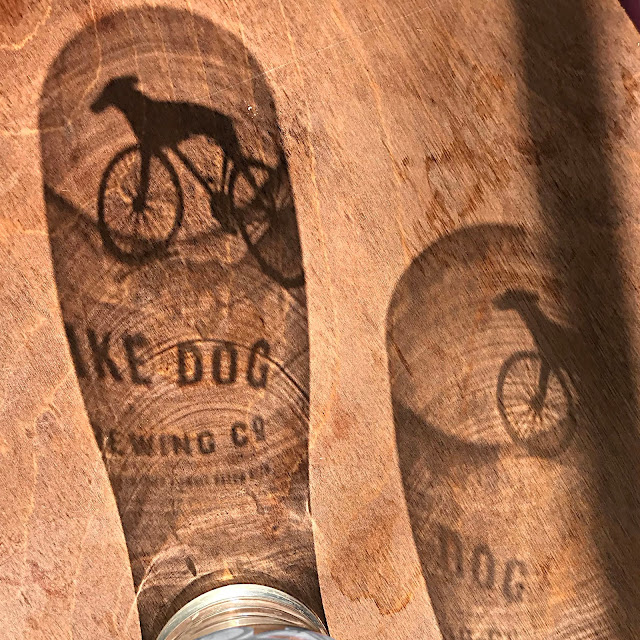 Posted by Curtis Corlew at 7:08 AM No comments:

Posted by Curtis Corlew at 12:23 PM No comments:

The fine folks at the Path Less Pedaled and their accompanying Youtube channel sell sell tongue-in-cheek Gravel Specific stickers when they aren't creating killer Party Pace™ content.
I think they should also market those stickers pre-applied on band-aides for those of us who aren't gravel specific enough and aren't sure how do handle deep tire grabbing crushed rock.
If they don't want to go into bandage production, perhaps they could at least produce a "Beginners  Guide on How Not to Crash in Deep Crushed Rock" video.
Posted by Curtis Corlew at 2:26 PM No comments: