I blame Lance Oldstrong, my riding buddy. While he is the best ever at finding interesting routes — see "Two bridges, three murder sites, squirrels and flowers ride" — he's also the best at riding really odd routes. One a rainy day he rode many many miles in a BART parking garage. Recently he rode 10.2 miles around his very small neighborhood, ducking into every little court over and over. Really. There's a GPS trace to prove it. 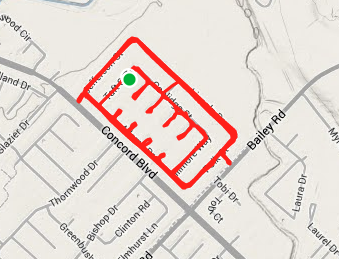 This had several unforeseen consequences,  the first of which was that I had to try it too. Unfortunately for me, though Oldstrong's ride is flat flat flat. (He clocked in a whooping 135 foot elevation gain) my silly neighborhood has a different terrain profile. My 11.4 mile ride (titled Oldstrong Inspired™ on Strava) had 1,175 feet of climbing. My ride resulted in a near equally wacky GPS trace. 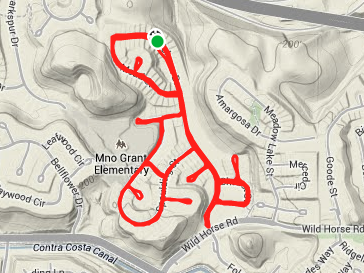 But a much more wacky elevation profile.

All this silly mapping and looping and the images from GPS tracing got me thinking about the images they make, and then about icons in general. I don't know why, it just did. Then I recalled the "Artist formerly know as Prince" had his own icon designed.

And that lead me to thinking Oldstrong needed his own icon. So I made one based on his "brilliant" ride.

So there it is. The new icon/symbol for the cyclist formerly known as Oldstrong. Should it be cast from bronze, or perhaps titanium, or maybe cut from genuine carbon fiber as a necklace, or stenciled on the road of large climbs he undertakes? Maybe it's a tattoo, or tee-shirt. Or maybe it should be a brand. Whatever it ends up being, it's all his fault. Really.
Posted by Curtis Corlew at 4:46 PM