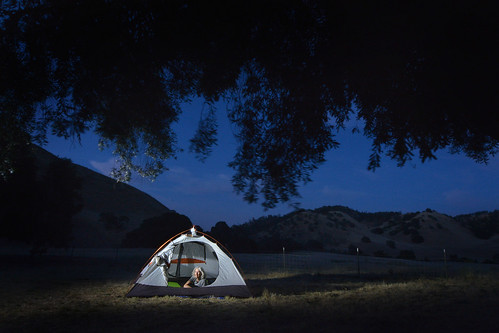 In honor of Adventure Cycling's "Travel by Bike Weekend" weekend Tricia and I rode an entire nine miles to Black Diamond Mines Regional Preserve to camp out.

That sounds so simple. Though it was, it wasn't.

We've camped, we've ridden bikes, but we've never attempted to carry our gear and go camping. Still, in the spirit of safe adventure, we booked their one "backpacker" camp site, loaded our tent, sleeping bags, and sleeping pads into our Travoy trailer and filled our commuter panniers with water, dinner and flashlights. 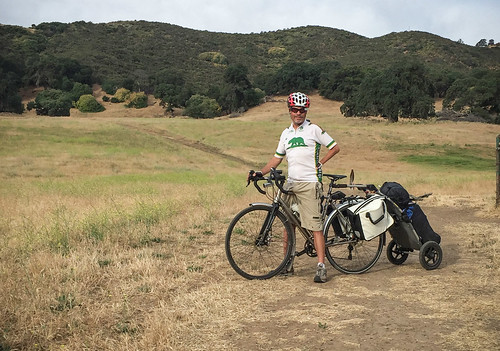 We also packed a small stove, a french press and some coffee. And just because, I packed my camera gear and a big tripod.

We started learning things right away. Make sure one person is clearly responsibility for who packs the pot for boiling water (thanks CVS for having one.)

Trailers are slow. And our stuff weighs too much and is too bulky. 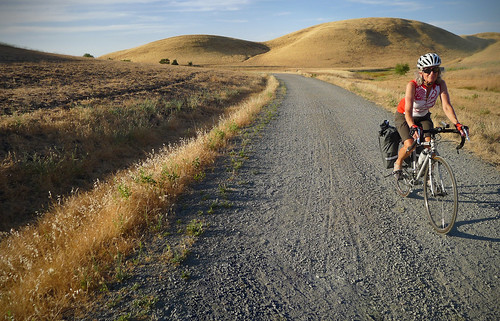 There's a reason mountain bikes have fat tires. Commuter bikes do alright on gravel until it gets steep, then the wheels just spin. Knobby tires? Who knew?

Mountain bikes also have very low gears for a reason. My commuter bike, pulling a trailer up a 10% plus hill on gravel with 34-32 gearing is... problematic. But, with a little less-than-graceful pushing we eventually made it. 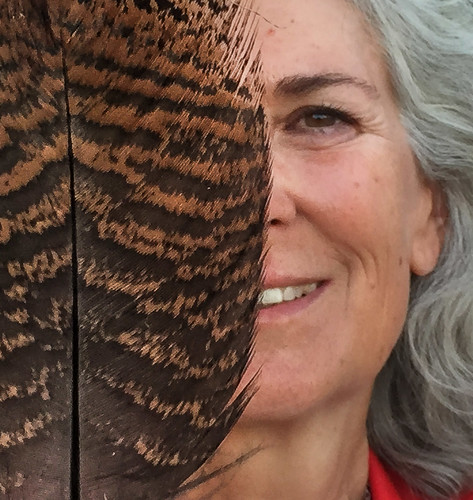 I'd like to claim we chose where to set up the tent based where we found this feather, but it was just a happy coincidence.

I've always wanted to shoot star trails, but I've never been in the right place at the right time. I brought that heavy tripod for a reason, so I opened it up and, in the dark, fumbled around trying to get the camera controls set up correctly. It kinda-sorta worked. 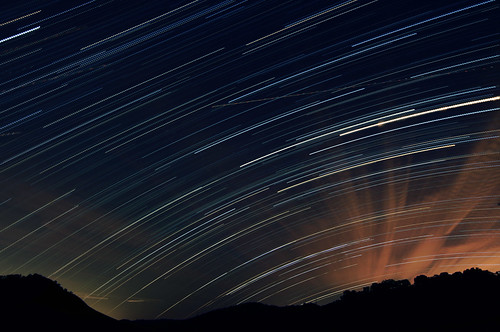 Before it got totally dark I had fun playing with a laser pen as well. 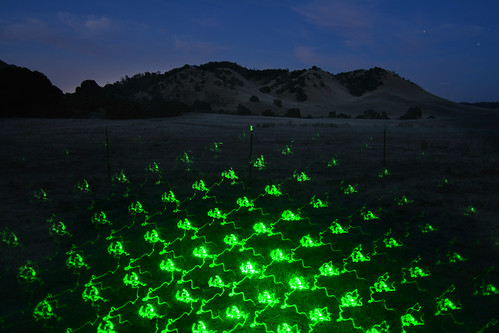 After a delightful smoked salmon dinner and a pleasant night's sleep – Tricia enjoyed the yelp of the coyote pups more than she does the incessant yip-yip dogs racket from next door – we got up and made the coffee we'd dragged a stove and gear out for. 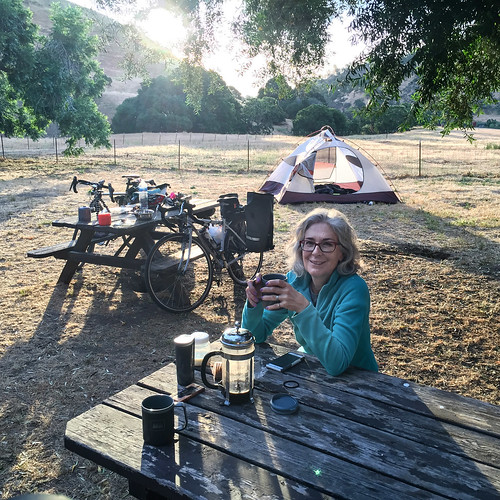 Tricia had brilliantly brought along our early voter ballots so we could drop them off at the polling place, thereby making us not only travel-by-bike bike campers, but vote-by-bike voters as well. 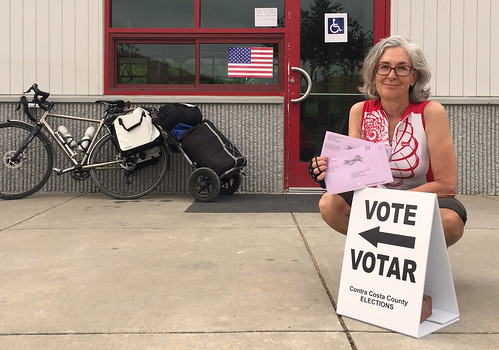 All coffeed and voted, we headed off on our next adventure, biking across the Benicia Bridge to a birthday party. But that's another story. One without a trailer.