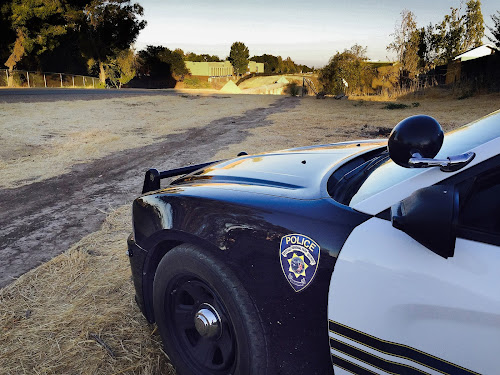 I was pretty darn thrilled last week to find East Bay Regional Parks Police Officer Josh Harrington patrolling the trail exactly where I was assaulted.  When I stopped to chat with him he said the department had only recently heard of my attack (thanks Antioch Police for not ever forwarding the report like you said you would) and that he was here just checking things out. He said he knew who I was right away by the wound on my knee that's still rather impressive.

It was so comforting to see him there. Here's hoping for an increased presence along that part of the trail. Who knows, it may even contribute to fewer broken bottles, and wouldn't that be nice.
Posted by Curtis Corlew at 8:27 PM