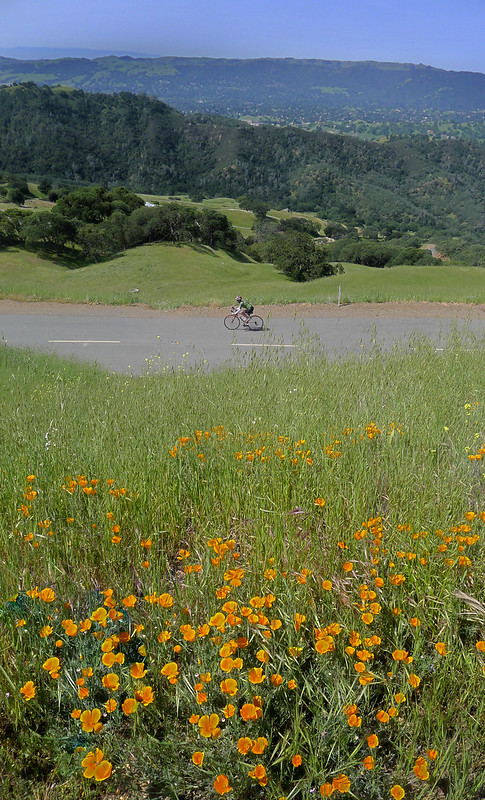 If you've seen this blog before, you probably realized that, even though I write some ride reports and rants, it's really just an excuse to post photos. Mostly of Tricia. So, even though our Easter ride to the Diablo summit was as un-epic as could be, complete with stops for wildflower oogling and not one big sprint, we had fun, and I shot photos. 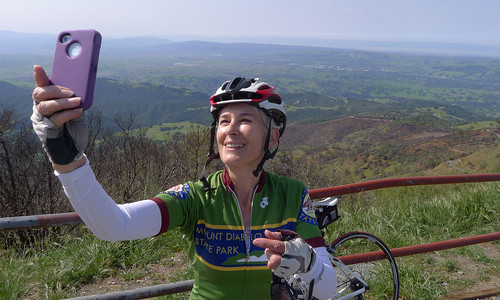 Of course, I'm not the only one of us who shoots photos, I'm just the one that is willing to waste time posting them here. 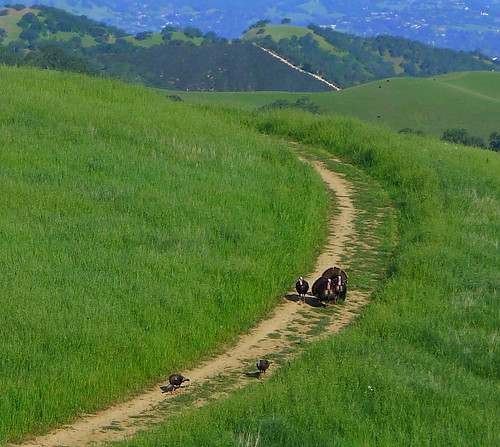 But usually, I'm the photographer, even when I'm just making photos of what Tricia tells me to, as in "Look, those turkeys have their own trail. You should make a photo." 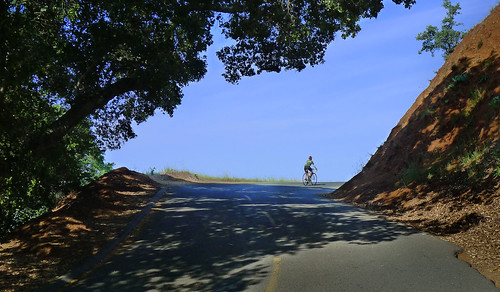 But most of the time the photos are ones I want to make, even though they sometimes involve yelling "No, don't stop, keep going, I'll catch you." 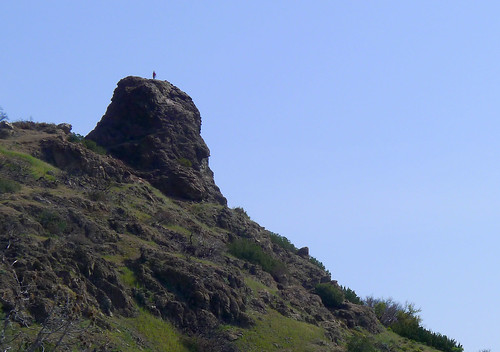 It was a beautiful day on Diablo, and we weren't alone in enjoying it. There were many more cyclists than cars (yea!) and this guy. I have no idea how he got up there, but he seemed as happy to be where he was as we were to be riding our bikes on the mountain.