Tricia and I cycled around Hemlock Lake as part of our quest to ride all 11 of the Finger Lakes, part of teh Finger Lakes Cycling Club's Bike the Finger Lakes Challenge. #BTFL. We've now ridden all the lake to the west of Watkins Glen where we live. We still have the two largest left, as well as some that are smaller, but farther away. 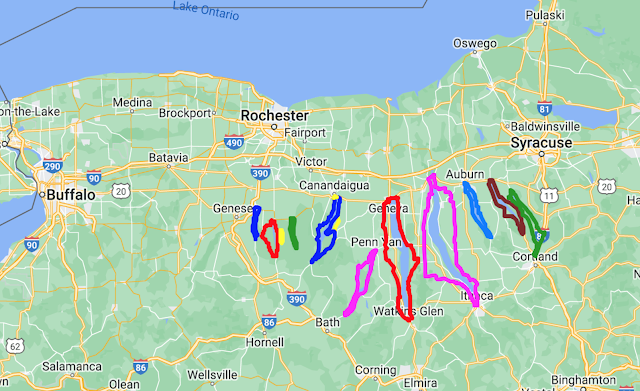 This ride, according to the club site, "boasts both one of the longest climbs and one of the steepest climbs in the Finger Lakes Region.Yet we survived and even had fun.
As beautiful as the ride was, it was somewhat odd to loop a lake, but never see it except at the start and finish.
At least I managed to make some photos of my favorite model as well as lake at the start. 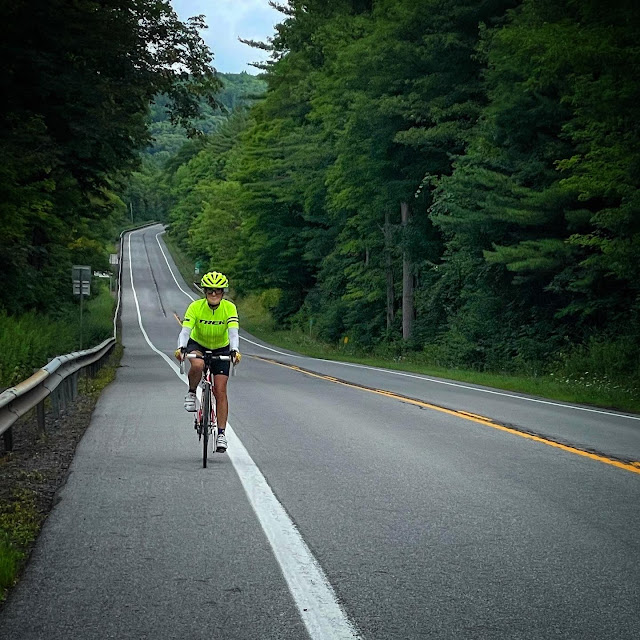 It's a treat to have so little auto traffic 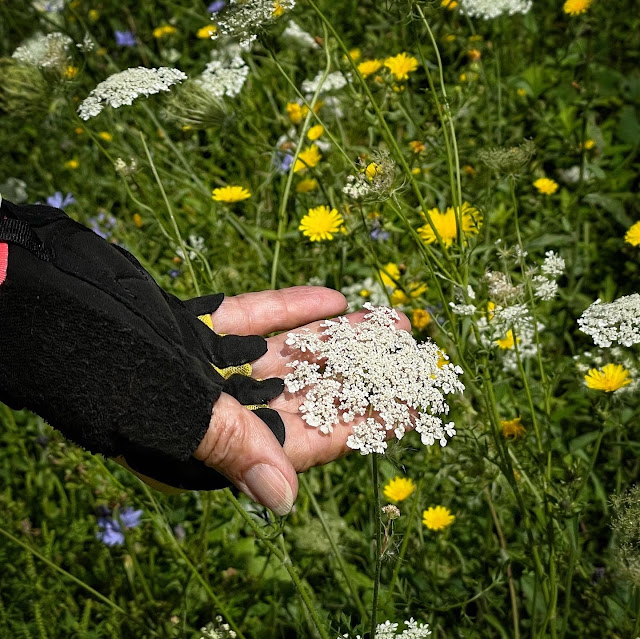 There are flowers everywhere here. Zillions and zillions. 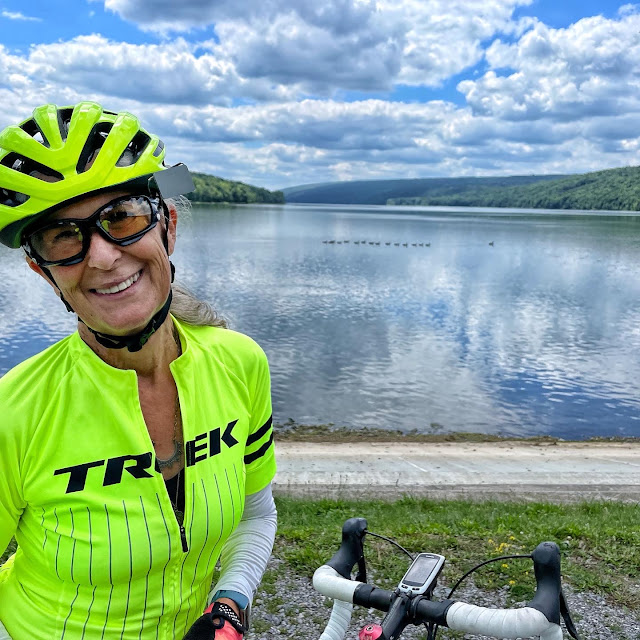 Here's the ride start. If we hadn't climbed a few stairs we wouldn't have seen the lake at all 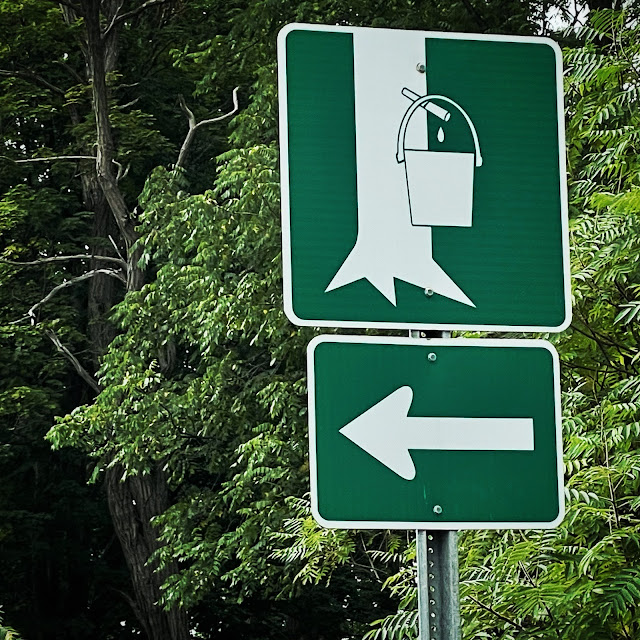 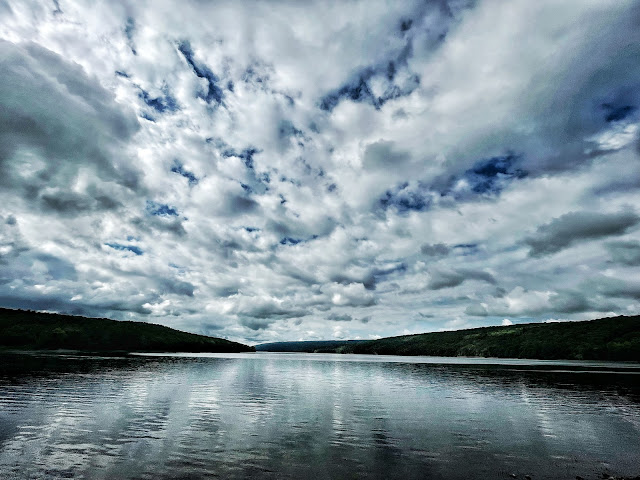 It is indeed a beautiful lake.
Posted by Curtis Corlew at 8:01 AM