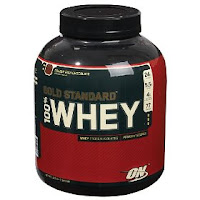 If you ride, you know how some days you feels like you have snap, and you look forward to every climb and sprint. You likely also know what it's like to just feel off; able to ride, but just not with any enthusiasm or energy.

I've had that low energy thing going for a while now. I've done long rides, short rides and commute rides and just felt blah. It's been making me nervous as I have the Knoxville Double Century coming up in 13 days.

On Saturday I told Tricia I'm willing to try voodoo, and that we should drop by the Vitamin Store and see what kind of snake oil they were pushing this month. I was ready to try anything.

I've been trying to drop a few pounds before this ride, and I've been very focused on my eating. I've not had a drop of calorie-rich alcohol this month, and I've been religious with my diet.

Apparently I've been over doing it. According to Doctor-My-Wife-Tricia and the folks behind the counter at the Vitamin Store I've not been getting enough protein. Indeed, when we returned home and Googled about for guidelines, I was way under everyone's recommendations.

So I bought a big thing of Gold Standard Whey. The sales folks said I should eat a giant jar every 15 minutes (that might be a slight exaggeration) but we figured just taking enough to get my protein intake up to average might help.

After drinking some last night, and again this morning, I went for a ride and felt better than I have in at least two weeks.

It may be voodoo, but I don't care. I'm feeling less worried about the Knoxville Double, and that's what matters.