It takes a while to recover from a bicycle/computer disaster (read about mine here.)  It's been almost a month and I'm almost back to normal.

My pannier was trashed, so I went shopping for a new one. The story among cyclists is that you can try all the panniers you want, but eventually you'll get an Ortlieb.  So, despite the price, I bought one. After a helpful chat with the nice folks at the BikeBagShop I ended up with the Downtown Commuter model.  It's supposed to be super water proof, and it come with a nifty attachment system titled "QL3" (nifty video here) that lets it be used as a shoulder bag and not have hardware rub against you, and also lets the pannier be mounted a bit lower on the rack for better balance. So far it's a winner.

I didn't, however, love how it sat on the rack I had. It was a little high, and made swinging my leg over the bike more awkward than I'd like.  It also meant I couldn't easily bungie things to the rack top. So I went rack shopping. I ended up with a Racktime Addit. It's made by the same folks that make the crazy-expensive Tubus, steel racks, but this is in aluminum. Of course, having disc brakes makes mounting a pain. Fortunately Ace Hardware had a long bolt in the right size, as well as some nylon spacers. With some bending and prayer (and even a little cutting) I managed to get it on my bike.

It has a couple of nice features. The design includes a lower rail that let me mount the pannier mounting hardware where I wanted it, and it has a recessed mount for my Planet Bike SuperFlash that looks like it will protect it from getting banged up. Pretty swell. 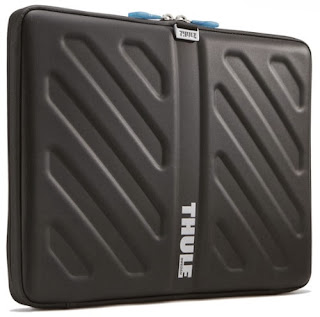 Of course, I also had computer issues to deal with. In the end I was able to buy an external hard drive case, put my trashed computers drive in it, and recover almost everything. I got a new-to-me Mac through PowerMax and, because I'm totally paranoid now, I also got a super protective case from Thule, the bike rack people from Sweden.

Tricia asked if I was going to mount it on top of the Subaru, but that's just silly. We have a Yakima rack, and putting Thule parts on it could unbalance the universe. I'm not going to risk it.
Posted by Curtis Corlew at 3:59 PM No comments: Links to this post I've had Mt Tamalpias on my list for a couple of years now. It's just inconveniently placed (at least for me) and I never made it here.
Lorri Lee Lown of Velo Girls of Savvy bike planned a weekend of climbing, including Diablo and Hamilton, and on Saturday, Mt Tamalpias, so I signed on. Lorri didn't make it, but I enjoyed the ride anyway.

Showing up for a group ride where I don't know a soul is disconcerting. Fortunatly I saw a Velo Girls jersey and knew I'd found the right group — there were more than a few groups — near Mike's Bike's in Sausalito.

As the large group left I was wondering "Who is actually in this group? Who do I follow? Why are we rolling at 19mph down the skinny MUP I'm unfamiliar with? What have I gotten myself into?"

But there was a regroup at the top of the first bump, and I hung on through the stop signs and lights. When we reached a coffee/pastry shop in Fairfax it seemed the group had stopped. Oddly early I thought. Maybe it was a regroup. Or was it even my group? Or part of my group? Were we waiting, or what? I took a quick restroom break and when I came out I saw a small group rolling away so I jumped on my bike and promptly lost them on what was the start of a long climb. I rode alone for the next 20 miles until the summit.

It was a stunning road, with redwoods and a beautiful alpine lake and then a ride along an open ridge with amazing views of SF in the distance. I hardly saw a car, and only a few cyclists. I had no idea how far I needed to get to the summit, and was faked out several times thinking I was almost there. I took it easy, and even stopped a couple of times for photos.

When I got to the summit I was surprised to see the folks I'd started with, getting ready to descend. I went with them. Four of us (was that how many I started with, and the other 30 were just out for a ride?) ended up getting a burrito a mile from the cars. It was an odd, but delightful, day. I still have no idea what exactly the event was, but it all worked out. The weather was perfect, I finally got to Tam, and best of all, didn't get lost.


Posted by Curtis Corlew at 9:21 AM No comments: Links to this post